A new chance for Rimavská Sobota

Our city is in an unfortunate situation thanks to its leaders, and we regret that it has been suffering from wrong decisions for several decades. Therefore, the intention of the project, as well as the entire activities of the association, is a positive social change in the city of Rimavská Sobota and the surrounding region.

Over time, the prosperous city has become a district city of one of the least developed regions with a significant element of depopulation – an aging population, the departure of young people from the region. The apathy and distrust of the population in standard political parties is also manifested through a strong base of the ĽSNS (People’s Party – Our Slovakia) and the mayor, who is their open supporter. In the ranking of open local governments, Rimavská Sobota ranked 95th out of 100, and the town hall newspaper ranked 85th in the penultimate place. 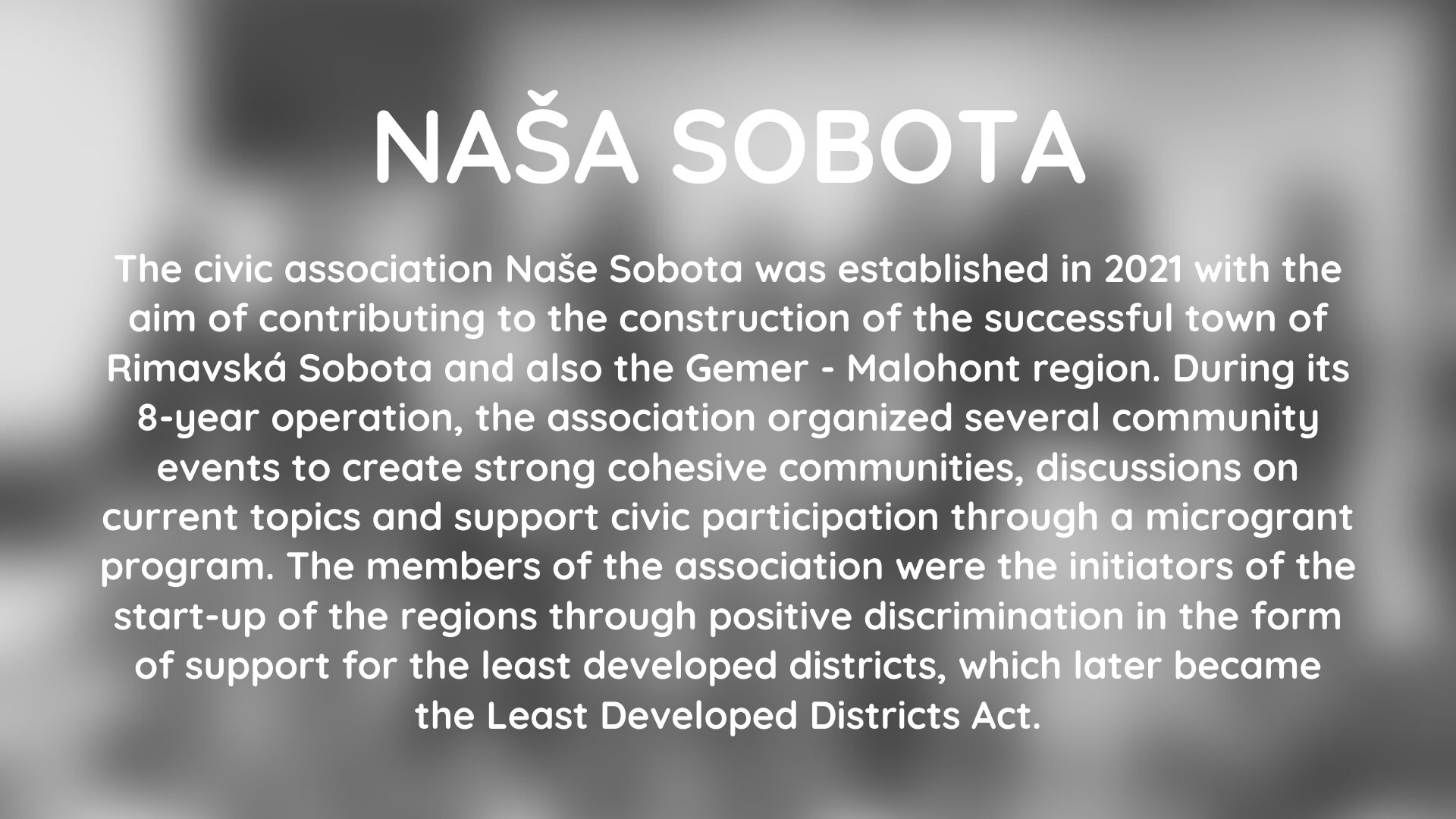 During the almost 2-year implementation of the project, the association managed to create a space for education, discussions with experts on current topics and to educate young people to civic activism. The project started with 4 educational trainings for civic activists / leaders and local public officials. In parallel, public discussions with experts on various social topics were gradually added. Citizens were able to take part in more than 10 discussions that were directly related to what was happening in the city of Rimavská Sobota: the introduction of a participatory budget, the eagerly discussed topic of updating the zoning plan, green areas in the city and waste management. However, we also touched on social trends in the development of regions and brought several views and recommendations of experts to improve the functioning of self-government in the topics of open self-government and the smart city.

And the proof that it was not only discussed in the wind was, for example. enforcement of the Principles of Participatory Budget for Rimavská Sobota, according to which its first year is successfully underway. They supplemented the Generally Binding Regulation on the provision of subsidies from the city budget. In cooperation with the BBSK and a jointly organized workshop, an initiative was submitted to update the zoning plan. Based on a short survey on the use of local roads, an initiative was made to improve their condition and a friendly solution for pedestrians and cyclists. After the measures are relaxed and the curfew is lifted, another surprise awaits us in the form of a mobile application, thanks to which life in our city could be improved again. 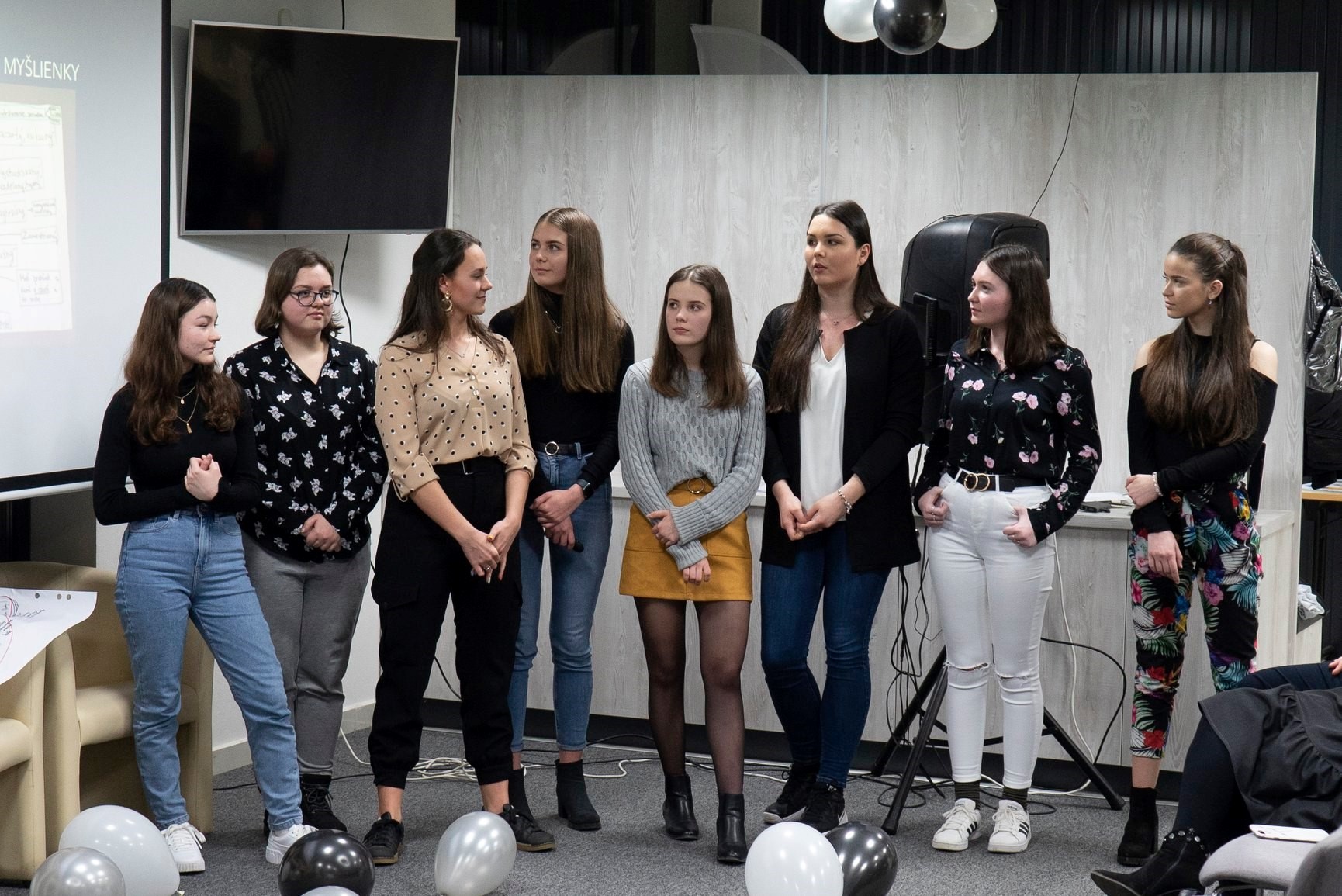 We believe that young, skilled and especially active students of the Ivan Krasko Grammar School, who have implemented 3 imaginative projects in the LídeRS program, will also contribute to a better future for Rimavská Sobota. Students, led by a teacher and an experienced project manager, initially identified problems in their environment and developed projects to solve them. The eco-project sought to raise awareness of the flooding of the planet with plastics, especially the oceans. During this project, plastics were collected at school in order to reduce their volume at school. The Valentine’s Ball responded to the need of young people who wanted to live and have fun socially. Most of the proceeds from the entrance fee went to charity and the second part as a basis for the next year of the ball. The aim of the School Beautification Project was to make the everyday school space more beautiful and pleasant, by adding motivational quotes. Funds for the implementation were obtained from the sale of small items on the Christmas stock exchange. Thus, a new generation of young people is growing up for us, who care about social events and their surroundings and, above all, are able to be the bearers of positive change. 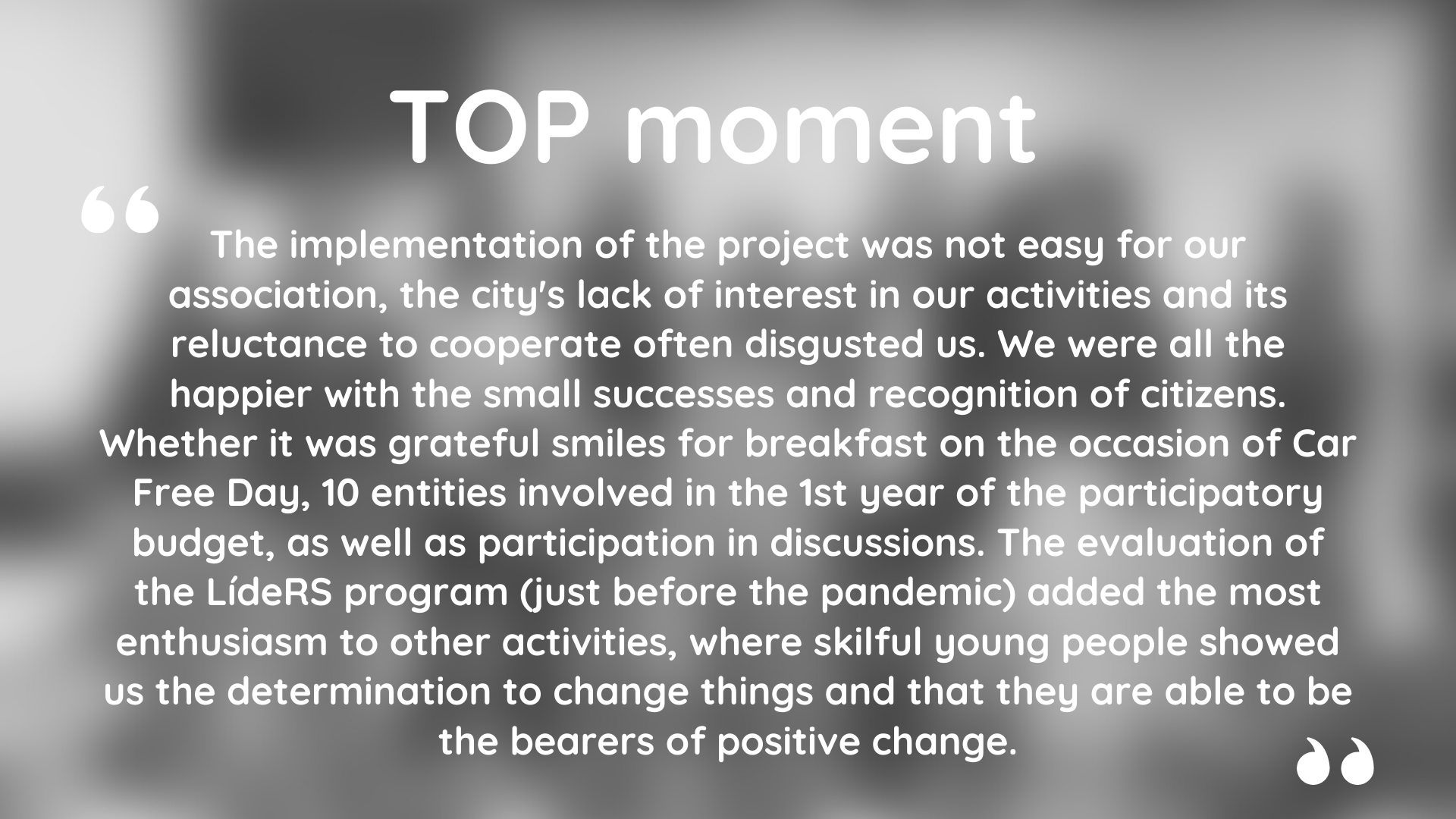 More about the project in this report.